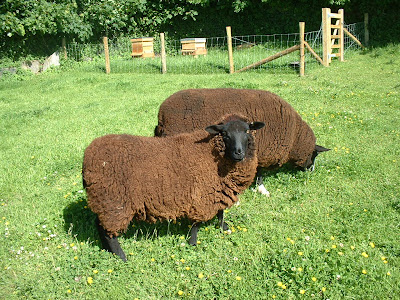 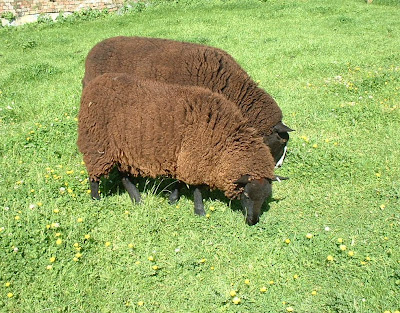 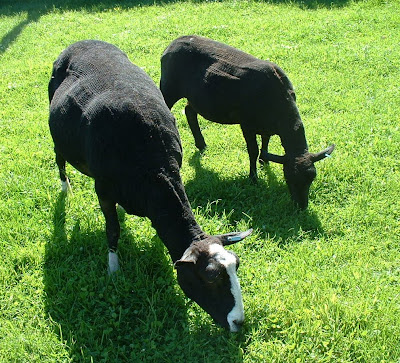 Today has been spent doing mostly sheep related jobs. As is clear from the photos the two ewes have been sheared. Much to their relief I'm sure, certainly mine as I was getting quite anxious in regards to flystrike. They also had their feet trimmed, as did Fred. The main reason Fred was bottle fed was because he was born with weak leg joints, especially his feet, so he now walks in a way that stops his hooves from wearing down naturally, hence the need to trim them at such an early age.
The 'yet to be named' ewe is settling in well, she and Annie have become firm friends, she is becoming tamer but still doesn't trust me enough to be patted. She behaved very well for the shearer, unlike Annie who wasn't at all impressed with the indignity of it all.
Fred is now ' a big boy', he has moved to the yard with the others. It was a little like leaving a child at nursery for the first time. I was hoping he would run off and play with the other lamb but he stood at the gate crying but when we went back just now to give him his bottle he was happily grazing - until he saw me and started to cry again. He will continue to have a bottle twice daily, mainly because we still have some powdered milk left, then he is on his own. 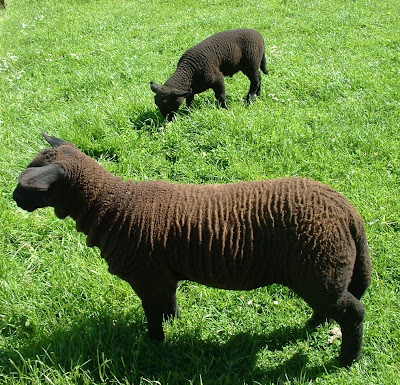 The rest of the afternoon we topped the paddock and orchard with the Mayfield as the grass was growing faster than the sheep or geese were eating it. It was beginning to get long and flower and we like to encourage new growth and keep a thick base.
So apart from the lambs heptavac and blue tongue jabs I think that's the sheep 'done' for a while.

You have some beautifully coloured sheep. I'm a novice spinner and I'd not heard of the Zwartbles breed before. Do you know if their fleeces suitable for spinning? Such gorgeous rich colours!

Thank you. I'm not too sure how they spin. Last year I know their fleeces were poor - felted? and they were very dry. This year the zwartbles is much better and the shearer said the Jacob/Shropshire cross was good. It was her first shearing.

I know Colour it green has spun a zwartbles fleece, I'm sure she would know.