Photo: Above inspecting the frames.
Below: Bees emerging from their cells 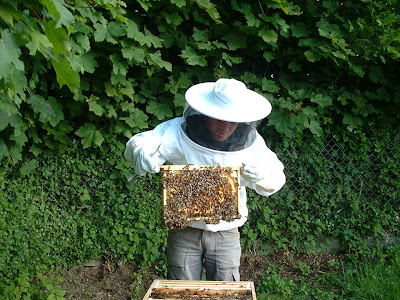 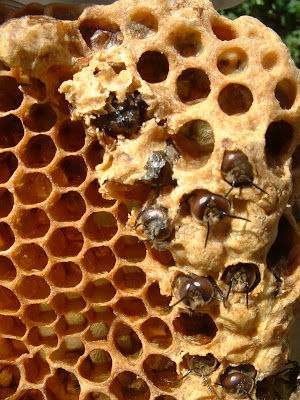 It has been several weeks now since my eldest son got his first bees - a 5 frame nucleus with an over wintered queen. Since then events have escalated.
Sometime last week when he opened the hive he noticed a couple of queen cells, at first he thought it was a possibility that the bees were superseding the queen but when we ( yes we I had my first look inside the hive on Saturday) looked there were approximately 6 queen cells, some of which were capped, a sure sign that they could swarm. We were unable to find the queen bee on Saturday and as it was quite windy left it until Sunday to look again. (I don't think my son was too impressed with my 'help' the day before as he preferred to sort them out himself on Sunday) His aim was to create an artificial swarm by finding the queen bee and placing her in a new hive with a foundation frame and a store frame, also with the super.The new hive was then placed in the position of the existing hive, in the theory that any flying bees returned to the new hive and built up it's strength.
The old hive, now queen less was placed a certain distance from it's original position. It is hoped a new queen will emerge in three weeks time to make her mating flight, so creating a new hive.

At the week end he will collect his second nucleus with a queen from this year in, so we appear to have gone from no bee hives to three in a very short space of time.! 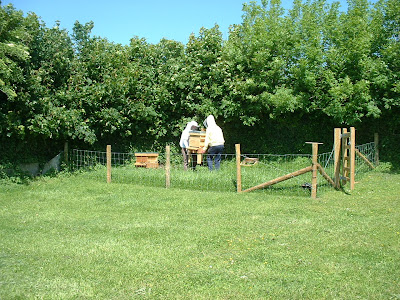 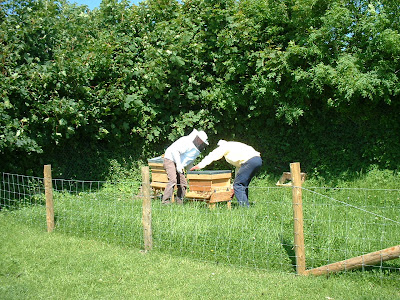 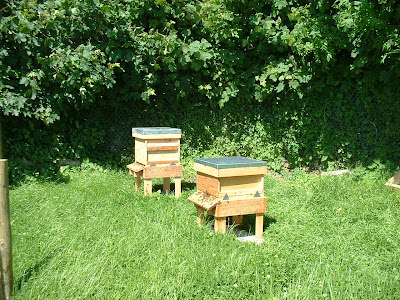 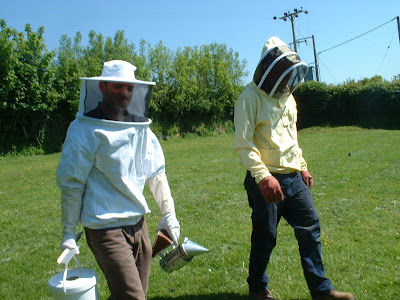 Mission accomplished. Father and son. One who said he would never get involved with the bees !